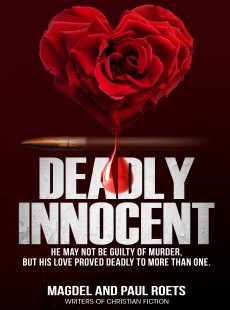 He may not be guilty of murder, but his love proved deadly to more than one

Some women learn from their mistakes—some don't! Penelope married a man who first charmed her—then abused her. Fear killed the love she had for him. Then fear branched off into hatred. Should she fight back; should she try to escape? When in desperation fear and hatred collided, it produced a way out, but at a cost. After many years the price had been paid. Penny was offered happiness from the only man who really, deeply loved her. Could she return this love? Could fondness grow into the love this man deserved? Excitement and pleasure versus stability. Which would produce the life she craved? She made her choice, but had nagging doubts. If only she could manage her love life the way she conducted her business. Never seeing what was coming, she walked into the same trap. This time, too late to get rescued.