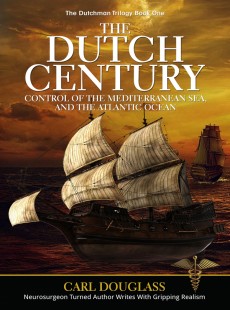 Control of the Mediterranean Sea, and the Atlantic Ocean

The 17th century belonged to the Dutch and was an exciting era of commerce, discovery, and conflict—above all else, adventure. This first book of the Dutchman Trilogy is about adventure, triumph, conquest, failure, fighting—pirates, rioters, Christians, and Muslims. It is also about young love that became timeless, bonds of friendship that persisted lifetimes, and a raw exposition of what 17th century life and times were really like.