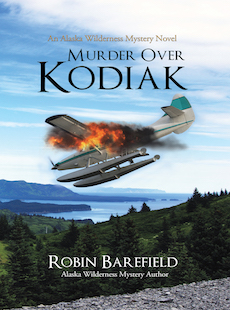 When a floatplane mysteriously explodes above the Alaska wilderness, investigators begin digging into the lives of the five passengers and the pilot. Was the target of the bomb the U.S. senator in the midst of a hotly contended re-election campaign or her husband, a corporate raider with no shortage of enemies? Or could the bomb have been meant for the cannery owner involved in a contentious divorce, or the refuge manager who has a long list of adversaries, including one who has vowed to get even with him. Even the pilot could have been the target, since his girlfriend has violent tendencies and knows how to use explosives. Dr. Jane Marcus is determined to find who murdered her young assistant and the other passengers and the pilot of the floatplane, but when her own life is threatened, she knows she must and the murderer, before she becomes the next victim.