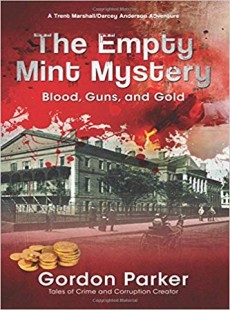 Darcey Anderson crouched in the bushes trying hard to be invisible. She hoped the man in the pickup truck wouldn't see her but held the small, silver-plated revolver ready as insurance. Two innocent people had already been murdered. She was determined she wouldn't be the third. How did she get here? It was only a few days ago that she was working in her San Francisco office. When her mother called asking for help, Darcey hadn't hesitated to fly home to northwest Louisiana. Now she was fighting for her life. Where was her mother? Was she still alive? Where was Trent Marshall? The man Sheriff Jack Blake called the best investigator he ever knew had led the search for a long lost fortune. Finding it would clear Darcey's family name. But was he still alive? Would he arrive in time to save her from the man circling the parking lot? Darcey clutched the revolver and prayed.