International Cause Célèbre of Ivory White 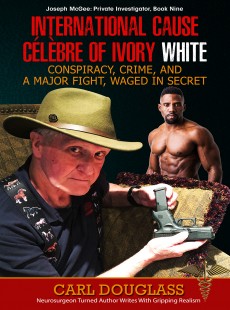 Conspiracy, Crime, and a Major Fight, Waged in Secret

Book Nine of the MacGee series shines a spotlight on Ivory White, MacGee's partner and the firm's man of action. When MacGee Associates, the CIA, and FBI, team up with one of the few truly honest senior Mexican police commanders to interdict a cruel and violent human trafficking criminal organization, Ivory White is arrested and thrown in the worst of the worst Mexican prisons to send a message to US President Willets from the corrupt president of Mexico. Ivory suffers, and the world turns upside down below the US southern border. There is as much action as you could want: beatings, killings, rescues, prison breaks, work by sandhogs and Seabees in action, and revolution. And Ivory White is in the thick of it all.