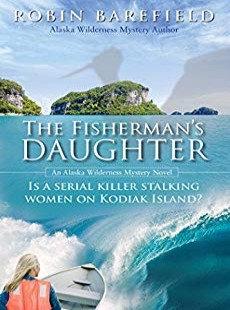 Is A Serial Killer Stalking Women On Kodiak Island?

Seventeen-year-old Deanna Kerr fights to start her outboard engine as storm-tossed waves fill her boat with water. Panicked and crying, relief spreads through Deanna when a boat approaches her. She believes she is about to be rescued. Four months later, Deanna’s bones are found in a pile of kelp on the beach. Her ankles are wired together, and her skull crushed.

Alaska State Trooper Sergeant Dan Patterson fears a serial killer is stalking women on Kodiak. Including Deanna Kerr, three women have been murdered on the island in the past six months.  When a park ranger discovers the body of a fourth woman dumped in the park in the middle of a blizzard, Patterson contacts the FBI and requests their assistance.

FBI, Special Agent Nick Morgan has been to Kodiak before on another case, and he volunteers to return to the fascinating island and its unique, independent people. He knows he also accepted this assignment because he hopes to see Dr. Jane Marcus, a woman he met on his previous trip to the island and hasn’t been able to stop thinking about since then.

Morgan flies into Kodiak on an icy, December day to offer his assistance to the investigation. Only 13,500 people live on Kodiak Island, but Morgan soon realizes the list of suspects for these crimes is long. Could the killer be the crab boat captain who knew Deanna Kerr and was the last person seen with one of the other victims, or is the murderer one of the coaches at the high school or the strange assistant coach who seems to have an unhealthy relationship with children? The killer could also be someone related to one of the victims. Morgan believes the killer is a person the victims had no reason to fear, and he thinks they willingly met with him. As the investigation proceeds, Patterson begins to worry the murderer could be a police officer or a trooper and may even be one of the members of his task force.

When the murderer strikes again, tensions escalate, and Patterson and Morgan know they must catch this monster before another woman dies or before the killer leaves the island and begins preying on women somewhere else.