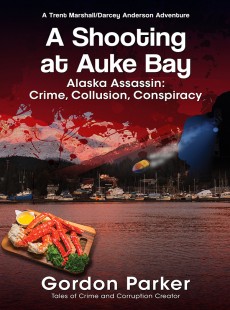 Darcey Anderson stared at the lights of Juneau reflecting off the water of Gastineau Channel. She saw none of the beauty of Alaska's capital city. In her mind, she still was looking at the body of her husband, Trent Marshall, lying bleeding on the deck of the yacht. His father's friend, Robert Monk, covered Trent's body with his own, the small, semiautomatic handgun searching for a target. Captain Hannigan, skipper of the Nanuq, knelt beside the old man with his own weapon, joining Monk in seeking the shooter who had brought down their friend.