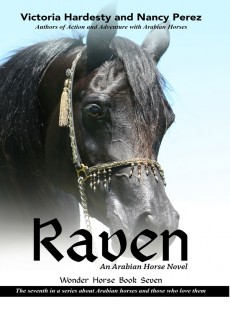 Raven, a beautiful, talented Arabian mare, lost her entire family under tragic circumstances. She found herself hundreds of miles from home and anything familiar. Beto, a 15-year-old boy, immigrated to a new country thousands of miles from everything he knew. Soon after arriving in America, he lost his parents. His grandparents took him in. Being equestrians, they bought him a horse to help him through his grief. Raven and Beto recognized similar feelings of loss in each other. They helped each other as they became a team doing something Beto always dreamed of doing and discovered Raven loved to do as well.