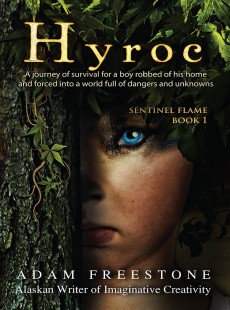 Hyroc is different than boys his age. This has earned him a place as an outcast and has even made people fear him. Nothing he does seems to make a difference. Still, he has been able to live a relatively normal life. But an accident shatters all this. Hunted by an enemy that will only stop with his death, he is forced to leave behind everything he has ever known. Alone, and with no one to turn to for help, every day is a challenge to survive. Through his struggle he finds his way to a place where not everything he has been taught to believe is true. Inexplicable events surround him here and his past begins to be revealed. It's what he always wanted, but as the answers unfold, it seems more is going on than he realized and one danger may have blinded him to another.