A Sound of Freedom 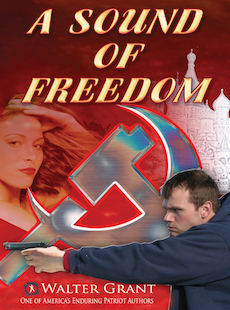 One man's war against the KGB

Troubled by a large number of KGB agents operating freely in the US, the lackadaisical attitude of the general population, and the media's irresponsible depiction of communism, an ex-double agent sets out to use all he has learned in his position as a captain in the KGB's western intelligence section. He was all that stood between the soviets and their plan to take control of the first test launch of the Peacekeeper--America's newest ICBM. The soviets aimed to destroy several cities along the southern California coast--an apparent accident. This, they surmised, would show America too incompetent and irresponsible to be allowed to develop high-tech weapons. The Soviet Union would become the world's only super power. The marine has his own demons to fight, both past and present. Complicating his life and his one man war against the KGB is the woman he met and fell in love with--she is a mystery.