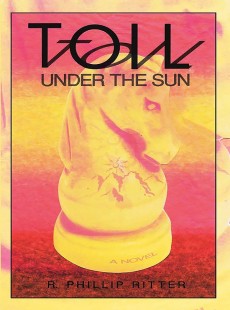 Toil Under the Sun is a powerful novel of an adopted boy's growth into manhood as a U.S. Marine during the "Forgotten War" in Korea. It is an intricately crafted account of friendship and betrayal...fear and courage...shame and atonement...which in exquisitely written prose explores the hidden rage and abnegation of an adopted child. Many of the great themes of literature and of life are woven into this masterful story: love, honor, respect, courage, guilt, fear, faith, and redemption. And most importantly, the story is guided throughout by the fundamental belief that our lives have meaning far beyond our daily toil under the sun. The author, R. Phillip Ritter, is the son of a Korean War veteran and the father of two beloved sons, one of whom served as a U.S. Marine in Operation Iraqi Freedom. This novel draws considerably from the author's personal experiences--of growing up with a deeply humble father who seldom spoke of his experiences in Korea, and of learning to face the many challenges of parenting two adopted sons. The historical allusions to the Marine defense of Fox Hill in North Korea, a struggle against overwhelming odds, imbues the story with a desperate realism that creates an important backdrop to this insightful exploration of the inner turmoil of an adopted child.