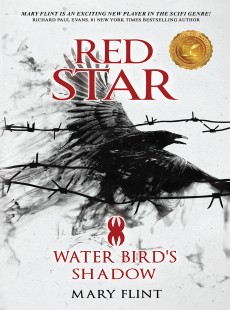 You can fight against the past, but some shadows never die

The light dropped her in the snow, her surroundings unfamiliar. All Andresha knows is that she is far away from Rendaria, Edrix is missing, and she has no idea how she is going to get home. Injured and lost, Andresha is forced to rely upon the strangers the light brought her to. But as she searches urgently for Edrix, the more she discovers the mysterious facility in the mountains, and a possible path back to Rendaria, connect back to Edrix's mysterious origins. Is Edrix alive? Or will she be trapped in this strange world alone?

Edrix does not know where the Light brought him, but Andresha is not with him. Imprisoned in a dark cell, a potential ally to Red Star presents himself. But Edrix senses something dark, something sinister as forgotten memories begin to resurface. Edrix must learn if there is an enemy in the darkness, or if the darkness is his own.