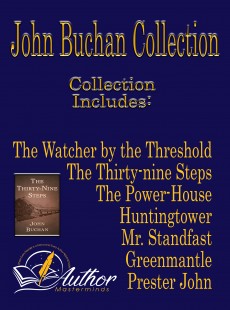 The Thirty-Nine Steps frequently appears in lists of the top 100 books of the 20th century. The book's hero, Richard Hannay, is on the run for most of the plot and also in other fast-paced adventures: Greenmantle and Mr. Standfast. These fast-moving adventure stories have influenced countless thrillers. Author, Gordon Parker's Darcey Anderson and Trent Marshall, like Buchan's Hannay, are on the run in Parker's fast paced The Empty Mint Mystery, Neighbors and Other Strangers, and A Shooting at Auke Bay.