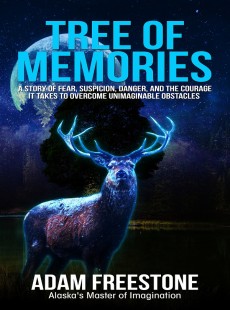 After surviving his encounter with a shadow demon, Hyroc now faces fear and suspicion from Elsa and Donovan. Kit hasn't been the same since the demon touched his mind, and Hyroc fears he never will be again. Things are rapidly spinning out of control, threatening to unravel his life in Elswood. The dreaded wilderness may end up becoming his only refuge, after all. But even as things become increasingly more dangerous for him, vital pieces of the puzzle of his past are revealed. He discovers strange and powerful abilities, some of which he had utilized unknowingly. He learns of his lineage, but as much as he has sought this knowledge, not all of it is what he wanted. Hyroc's life will never be the same and what does the future hold for him?