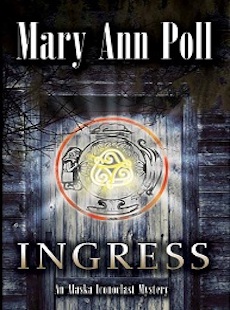 The dark and cold of an Alaska winter settled over Ravens Cove. To boost the sagging economy, Mayor Thomas Orthell brought in a new tourist attractionÑan ancient town abandoned for almost a century. The Forgotten Place is rumored to be cursed and to hold the threat of death for any who enter. Now, the town and its curse have made their way to Ravens Cove. As mysterious deaths, legendary entities, and folklore come to life, the town is hurtled into a spiritual battle with a familiar nemesis. The lessons learned during the Iconoclast siege are going to be put to the testÑalong with the small troop of warriors that have been brought back together to learn a better way to fight and defeat a shrewd and dangerous enemy.