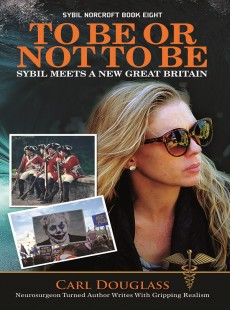 This is the eighth book in the Sybil series and may prove to be one of the most upsetting. She is a reasonable government official trying to cope with an unreasonable world ruled by narcissistic sociopathic populists. The worst of the bunch is the Prime Minister of the UK--Brexit Style. She becomes embroiled in spy v. spy, navy v. navy, and ally v. ally in the most touchy, confusing , and changeable adventure of her action-packed career. It is exhausting and anxiety provoking for her and for the president who is ill.